BACK TO ALL EVENTS
BUY TICKETS
This event has passed. 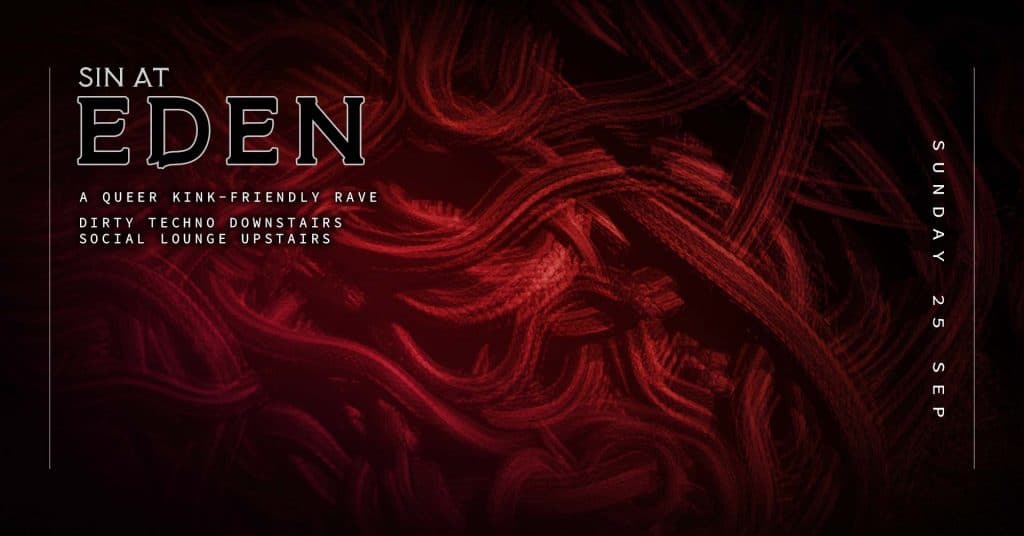 Come and Sin at EDEN

Dress suggestions: kink, underwear, latex, leather, club-wear, nothing, drag…
We respectfully acknowledge the Traditional Custodians of the land, the Bunurong Boon Wurrung and Wurundjeri Woi Wurrung peoples of the Eastern Kulin Nation and pay respect to their Elders past, present and emerging.